Did you know that students with coding skills make 33% more than those who don’t? And 7 million job openings in 2015 were in occupations that value coding skills – a full 20% of “career track” jobs.

If you have ever wondered why computer science is so important, a recent study commissioned by Oracle Academy provides clear answers. The study, conducted by Burning Glass Technologies, a job market analytics research company, found that across industries, computer science skills translate to added value and earning power.

The report — Beyond Point and Click: The Expanding Demand for Coding Skills — analyzes the market and highlights the magnitude of employer demand for coding skills and the range of opportunities that learning to code can open for students.
Data was culled from 26 million U.S. online job postings collected in 2015 and analyzed to determine the specific jobs and skills that employers are seeking. 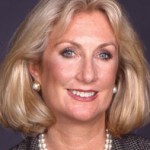 Kim Jones is the Chairman of the Board and Chief Executive Officer of Curriki. Kim is active in driving policy initiatives and is regularly featured as an honorary speaker on the impact of technology in education at influential meetings around the world.