Bullying is one of the most pervasive – and damaging – aspects of life in middle and high school.

It’s linked to problems with mental health, poor grades, low self-esteem, substance abuse and even suicide. It can be blatant – a group of kids pushing a smaller one up against his locker – or insidious – a whispered lie spread around the school.

Either way, bullying can hurt and it can kill. It has no place in school – or in society.

Let’s take advantage of Bullying Prevention Month to shine a spotlight on bullying and brainstorm ways to make it stop in our schools!

Bullying is when a person or group repeatedly tries to harm someone who is weaker. It can involve direct attacks such as hitting, name calling and teasing, or indirect attacks, such as spreading rumors or trying to make others reject someone.

People often dismiss bullying as a normal part of growing up, but it is harmful, and its effects can last a lifetime. In severe cases, its victims bullied may feel they need to take drastic measures or react violently – as we have all seen in the stories behind some school shootings – and some even commit suicide.

Here are some grim stats about bullying, from the Stop Bullying Now Foundation: http://stopbullyingnowfoundation.org/main/ 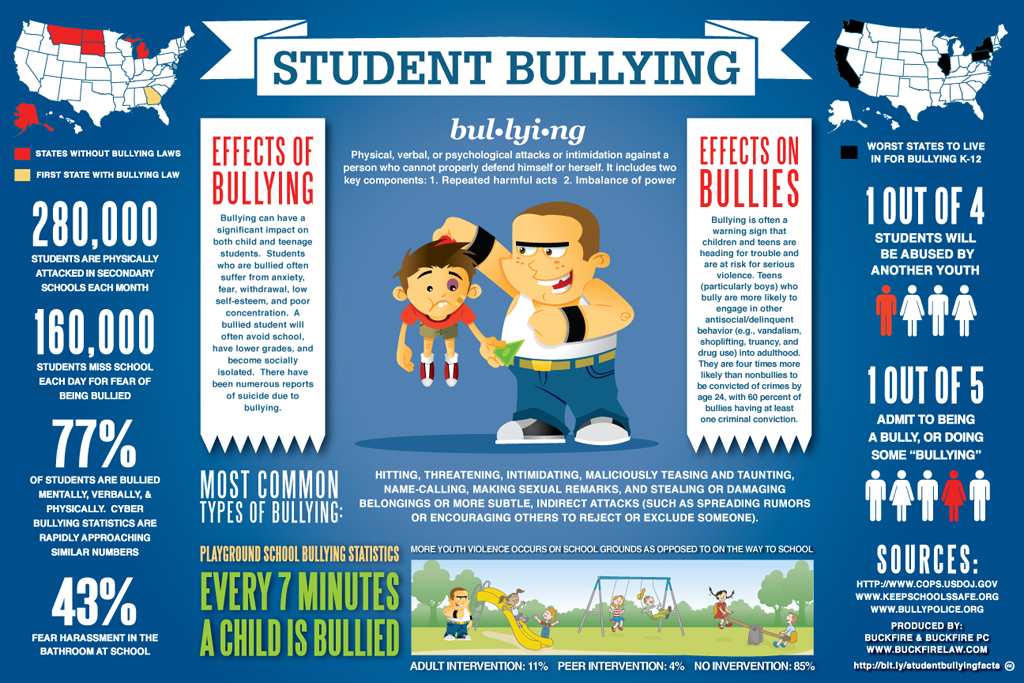 In the 21st Century, the Internet has become a bullying weapon of choice, so parents and teacher must be vigilant to help prevent cyberbullying. Here are some tips from Curriki on how to stop it and how you can use technology to battle its effects.

How Can You Help?

It’s clear that educators need to step up and be more vigilant about preventing and stopping bullying – because that can truly make a difference in children’s lives and long-term outcomes.

Curriki’s course Kindness, School Climate and Bullying Prevention offers a number of resources for educators to promote awareness of bullying behaviors among students and prevent bullying behavior in schools. It includes tips on how to respond to bullying, whether you’re a parent, a teacher or a bystander.

Here are some other anti-bullying resources offered by Curriki:

Parents and educators – step up and make a difference during Bullying Prevention Month. Share this blog post with your friends on social media and spread the word on how to stop bullying!