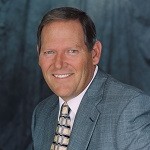 Philip Lebherz has been described as a consummate family man, an innovative businessman, and a serial
entrepreneur.  Whichever you prefer, Phil can certainly be described as a renaissance man.  His personal and professional story has left a rather noticeable impact on the California landscape.  He took both LISI, a premier medical insurance distributor, and CoPower, a billing consolidation admin and marketing firm, from a vision to fruition over the last 30 years.  These companies currently represent the most
prominent benefits insurance carriers in the U.S.  He recently sold them to AmWINS, the largest distributor of wholesale insurance products in America.

Phil has also been an active philanthropist throughout his career, contributing homeless aid through the Chrysalis organization, affecting criminal justice reform, and spearheading a San Diego initiative at The Nativity Prep Academy, a school for underprivileged youths that are supported throughout their efforts to achieve a college education.  Philanthropy is something Phil will always prioritize.

During the next phase of Phil’s journey, he is focusing in on his passion for thoroughbred horses, farming, and real estate.  His Premier Thoroughbreds, Smiling Tiger and Spiced Perfection, have achieved honors such as Stallion Of The Year and Filly Of The Year, respectively.  Moreover, being a big agriculture and farming enthusiast, visiting his almond farms serves as an enjoyable pastime.

Phil, first and foremost, is a dedicated and loving family man.  He shares his ambition and appreciation for life with his wife Sharon, their 4 children, and 15 grandchildren.  They truly have been his support system and served as vital inspiration throughout his lifetime.

Even still, with all of these formidable commitments, he’s introduced his most recent software startup venture, PointCare, which is helping to solve the uninsured problems for major hospital networks across America.