Women in Science and Mathematics

Reviews - Women in Science and Mathematics

Information - Women in Science and Mathematics

Recent comments by Harvard University President Lawrence H. Summers, regarding women and mathematics have spurred numerous articles and responses. The first article from Yahoo News (1) gives an overview of the event, his comments, and some reactions. The comment most at issue is whether or not innate sex differences might leave women less capable of succeeding at the most advanced mathematics. The second website (2) offers Summersâ apology and clarifies his comments. The third article (3), although from 2001, reviews some previous research on gender differences in mathematics and discusses findings from a study that, based on longitudinal data, found that âgender differences are slight, late developing, and subject-specific.â This response from the Society of Women Engineers (4) offers some further insight on why there are fewer women than men in mathematics and science careers. This next website from Engineers Week (5) invites others to join the discussion forum on this issue. This website (7) posts the Nelson Diversity Survey, which gives 2005 statistics for diversity in science and engineering facilities at research universities, while the next website looks to the future (6) and offers some short abstracts describing some prospective Career Options for Women in Mathematics.
↓http://scout.wisc.edu/Reports/NSDL/MET/2005/met-050128 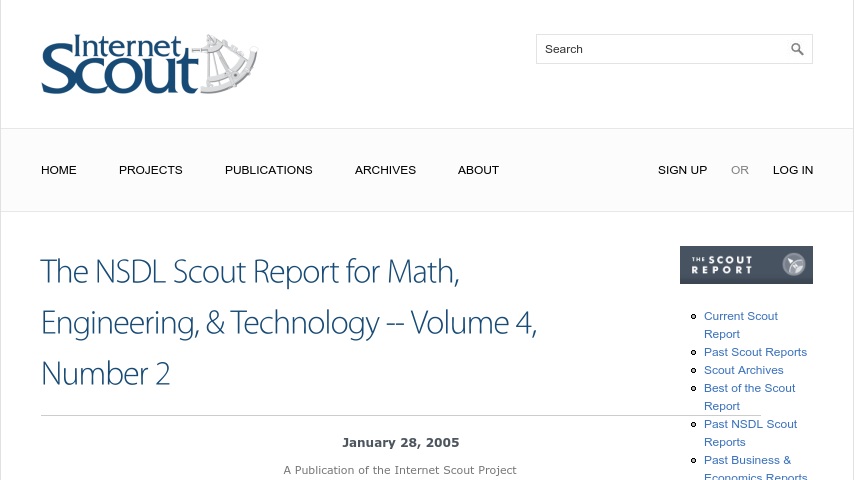