In 1998 the World Wide Web Consortium (W3C) released the Cascading Style Sheets, level 2 specification as a W3C recommendation. Cascading style sheets help to improve layout control of HTML documents. CSS2 adds further to this control, including new positioning properties and dynamically downloadable fonts. It is also designed to interface with XML (Extensible Markup Language--discussed in the April 3, 1998 Scout Report). W3C maintains the specification itself, and this metasite of CSS information including learning resources, browsers, and authoring tools.
↓http://www.w3.org/Style/CSS/ 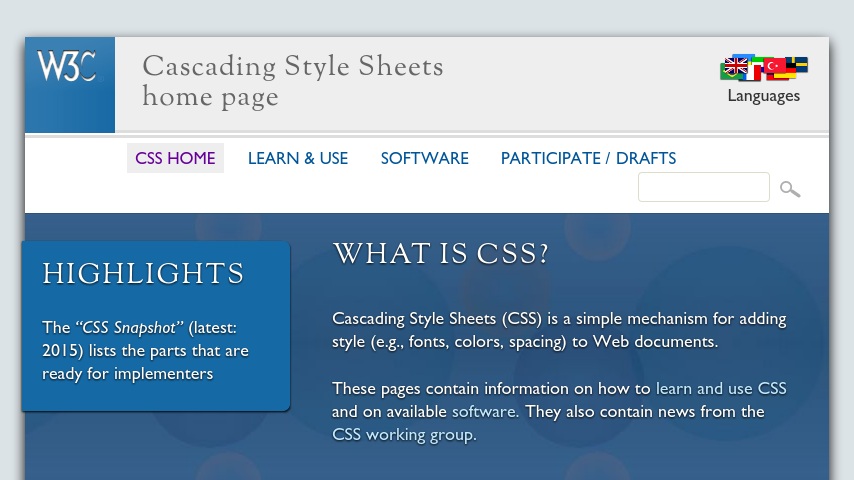