Students in upper-level undergraduate thermodynamics courses were asked about the relationship between the complementary partial derivatives of the isothermal compressibility and the thermal expansivity of a substance. Both these material properties can be expressed with first partial derivatives of the system volume. Several of the responses implied difficulty with the notion of variables held fixed in a partial derivative. Specifically, when asked to find the partial derivative of one of these quantities with respect to a variable that was initially held fixed, a common response was that this (mixed second) partial derivative must be zero. We have previously reported other related difficulties in the context of the Maxwell relations, indicating persistent confusion applying partial differentiation to state functions. We present results from student homework and examination questions and briefly discuss an instructional strategy to address these issues.
↓http://www.compadre.org/Repository/document/ServeFile.cfm?ID=5262 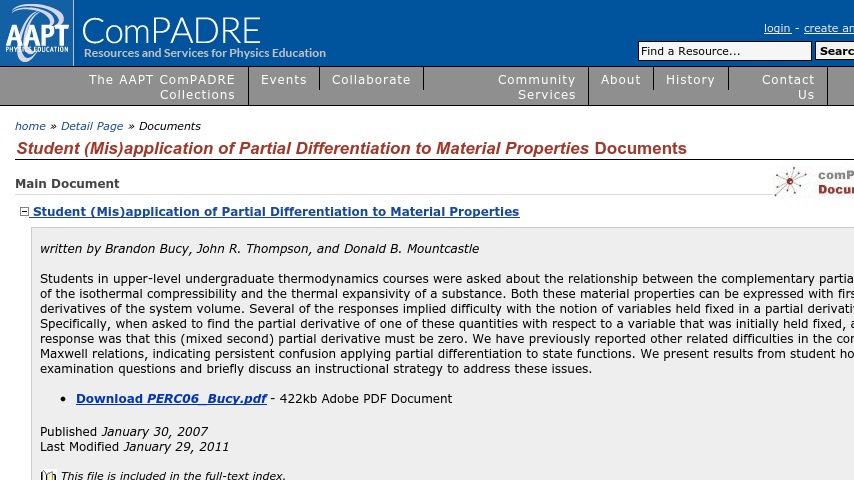