Salem Witch Trials- Essex, Suffolk, and Middlesex counties of colonial Massachusetts, between February 1692 and May 1693

Reviews - Salem Witch Trials- Essex, Suffolk, and Middlesex counties of colonial Massachusetts, between February 1692 and May 1693

Information - Salem Witch Trials- Essex, Suffolk, and Middlesex counties of colonial Massachusetts, between February 1692 and May 1693 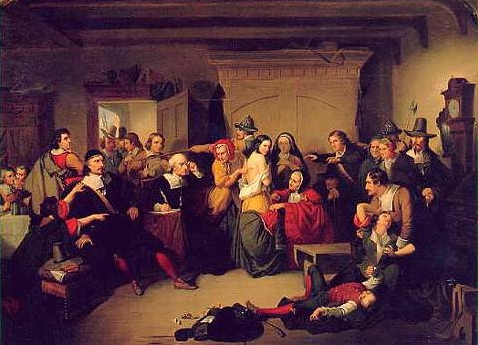 Introduction: The Salem Witch Trials marks at time in our country's history in which hysteria lead to great tragedy. Many men and women were wrongfully accused of witchcraft and put to a brutal and unfair deaths. "The Crucible" by Arther Miller gives us an inside look at the Salem Witch Trials. You've read the book, now it's time to put yourselves in the same places as the witches and the accusers.
Questions to Consider: Were the Salem witch trials justifiable?
Why do you think people were so afraid of these so called "witches"?
Did the people of Salem over react or were they rightfully scared?
How do the witch trials empower individuals who were previously powerless?
How were women viewed in Salem prior to the witch trials, during the witch trials and after the witch trials?
If you were living in Salem at the time of the trials, what could you have done to stop the trials? The Task: Pick a character from the play and write perspective paper from that characters point of view. Must be a real as possible- including writing in the language that they would use at that time. Requires student to get into the mind set of an accused person or an accuser.
Final presentation includes a group effort of showing the rest of the class your journal entries. Present them to the class as if you are the character. 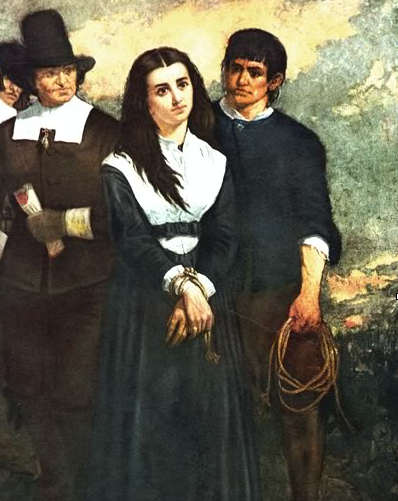 The Process: Groups of 3-4
Member 1: research historical Salem, try to understand where the hysteria of witchcraft came from and how it influenced the people of Salem's reaction to the "witchcraft," make cause and effect timeline with important events and the reaction to those events CauseandEffectTime-line.doc Here is a list of websites that may be helpful:


Member 2: place themselves into the town of Salem during the witch trials, student writes a persuasive letter to the governor of Salem calling for action against the trials or compose a tribute to the accused.

Here is a list of websites that may be helpful including a Youtube clip:
http://www.nationalgeographic.com/salem/
http://www.nationalgeographic.com/salem/index.html http://www.salemweb.com/memorial/
http://www.youtube.com/watch?v=IT0Mk8UaVAg&NR=1
Member 3: research the methods used by authorities to prove if a person was a witch and reasearch what happened to the person if they were accused of being a witch. Make a chart of the methods, the chart should include a description of the methods and descriptions of the punishments used.


Here is a list of websites that you may find helpful:
http://wiki.answers.com/Q/How_did_they_determine_if_people_were_witches_in_the_Salem_Witch_Trials http://www.law.umkc.edu/faculty/projects/Ftrials/salem/witchhistory.html
http://library.thinkquest.org/J002395/
Member 4: research Arthur Miller, the author of "The Crucible," find out why he wrote the play. Students will have to relate the Salem witch trials to the Red Scare during the 1950s. Require students to try and understand the fear of communism in the 1950s and relate that fear to fear of witchcraft in the 1600s. Maybe make a Venn Diagram 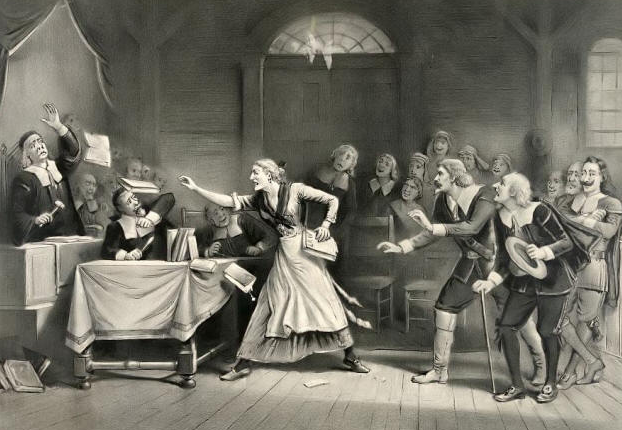 Evaluation By the end of this lesson, you will have completed individual aspects of the project. Each group will have a cause and effect time-line, a chart of the methods for determining a witch, a Venn diagram comparing the Salem witch trials to the McCarthy trials, and a letter to the governor of Salem. Also, each group will have a script. The script will involve two sides, one of the accusers and the other of the accused. This completeness of the script can be measured by historical accuracy, accurate point-of-view, and knowledge gained. In order to do this project correctly you must get into the mind of your character and portray them correctly. If you are writing from the perspective of an accused witch, you must get into the mind set of the person accused. Try to imagine their thoughts and how they would feel. Put yourself into their shoes.
Conclusion:
Credits and Refrences:
Images from Google Images.