It is hard to overestimate the importance of Albert Einstein's equation, "Energy equals mass times the speed of light squared". A recent special from NOVA explores many different facets of the lasting and pervasive effects of this revolutionary statement. The website was developed to provide a host of complementary resources to the actual television program, and as such, anyone with even a trace of interest in the history of science or physics will want to take a close look. The interactive features are excellent; they include 10 top physicist's explanation of the famous equation and a timeline of Einstein's life. The essays offered here are also top-notch, and they include a piece titled "Einstein the Nobody" by David Bodanis and "Relativity and the Cosmos" by Alan Lightman.
↓http://www.pbs.org/wgbh/nova/physics/einstein-big-idea.html 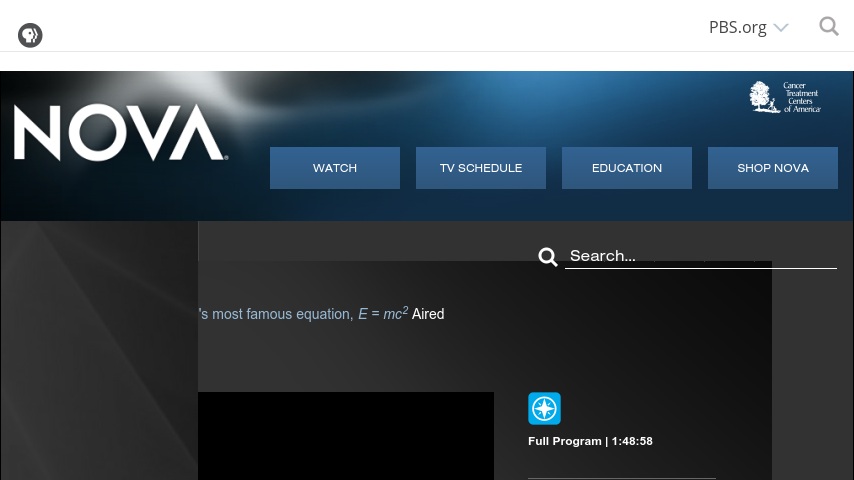