My NASA Data Lesson Plan: Seasons and Cloud Cover: Are They Related?

Reviews - My NASA Data Lesson Plan: Seasons and Cloud Cover: Are They Related?

Information - My NASA Data Lesson Plan: Seasons and Cloud Cover: Are They Related?

This lesson plan uses NASA satellite data to correlate cloud cover over Africa to the solar declination. The four seasons on Earth have a scientific basis. The earth is tilted 23.5 degrees from vertical. This tilt and the Earth's orbit around the sun are the reasons for the seasons. Earth's tilt and orbital position cause differing angles at which the sun's rays hit the surface of the Earth. As Earth rotates on its axis, the tilt and orbital position also cause fluctuating lengths of daylight during the year depending on latitude. The latitude on the Earth where the sun is directly overhead at solar noon is called the solar declination. This location is somewhere between 23.5 N and 23.5 S depending on the day of the year. This region defines the Tropics. Where solar radiation is most intense, the warm moist air rises and clouds are frequently formed. In this lesson, it will be shown that the location of these clouds tends to follow solar declination.
↓http://mynasadata.larc.nasa.gov/lesson-plans/50-minute-lessons-sorted-by-grade/?page_id=474? 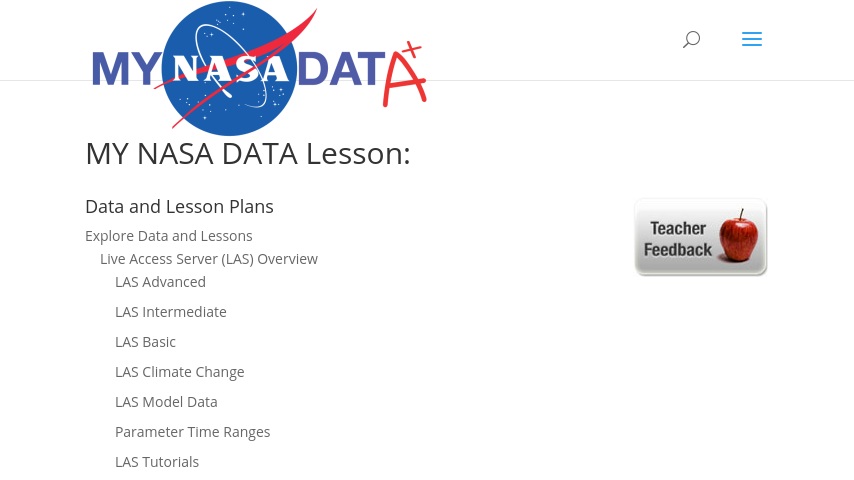