LifeLab is a Mac application for exploring John Conway's Game of Life and other cellular automata. CAs were first studied in the mid-1950s by Stanislaw Ulam and John von Neumann. The subject became much more widely known in 1970 when Life was described by Martin Gardner in his Scientific American column. Life is played on an arbitrary-sized grid of square cells. Each cell has two states: "dead" or "alive". The state of every cell changes from one "generation" to the next according to the states of its 8 nearest neighbors: a dead cell becomes alive (a "birth") if it has exactly 3 live neighbors; a live cell dies out if it has less than 2 or more than 3 live neighbors. The "game" of Life simply involves starting off with a pattern of live cells and watching it evolve.
↓http://www.trevorrow.com/lifelab/ 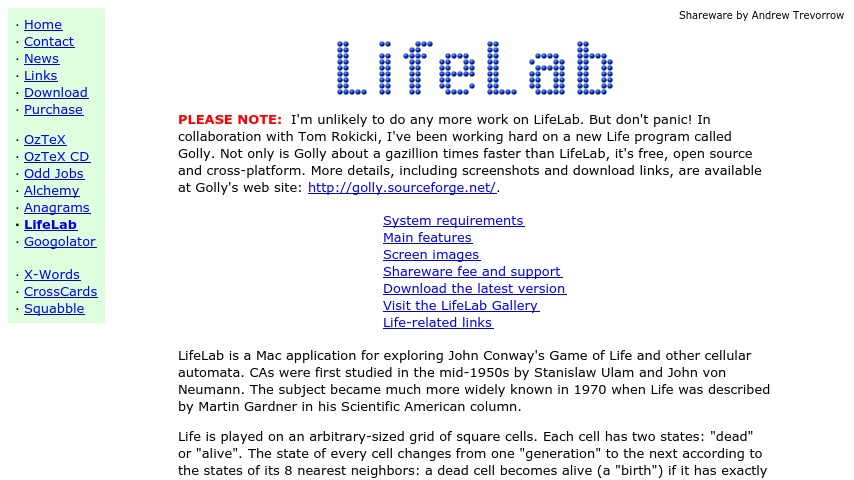