In the 1920s, biologist and statistician Ronald Fisher met a woman who claimed she could taste whether a cup of tea was prepared by adding milk before or after the tea. Fisher’s essay about the tea party may be one of the first cases published to teach the process of science. The present case is a modernized version of Fisher’s story and concerns the ability of a woman to distinguish between cups of coffee with milk added first or second. The case is enhanced by a demonstration in which students distinguish between 2% and skim milk, brands of bottled water, or brands of soda.
↓http://sciencecases.lib.buffalo.edu/cs/collection/detail.asp?id=414 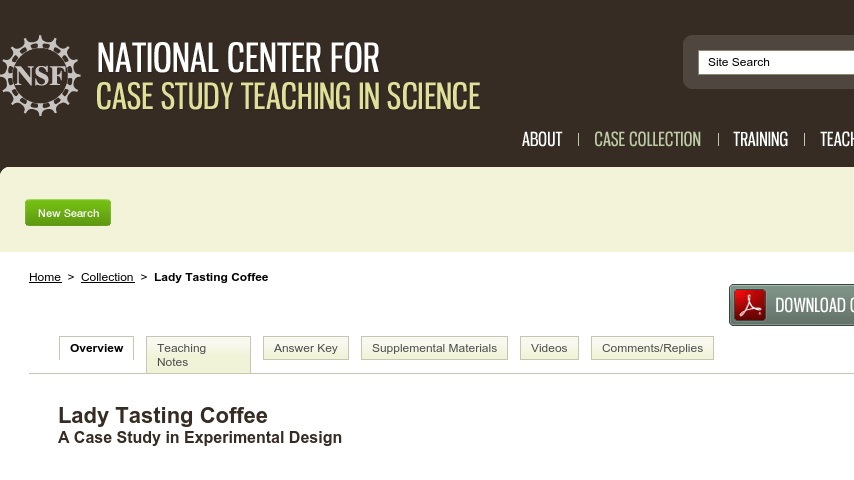