Valves are important mechanical tools in controlling the flow of liquid, gas or slurries in a system. Valves usually work by manipulating the pressure or blocking a flow. There are many different types of valves. A globe valve is used to regulate liquid flow in a pipeline. The valve gets its name from its traditional spherical body. However, modern valves are not necessarily spherical. There are both automated and manual globe valves. 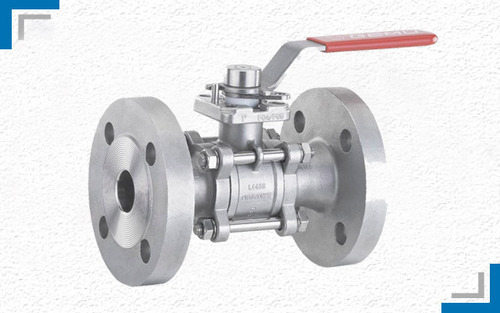 When buying one, look for reliable globe valve manufacturers in India. A good manufacturer will make sure that valve is made according to the standard specification and quality material. Since valves are expected to last for a long time, the quality of manufacturing is important.

The globe valve is spherical in shape. It consists of a movable disk like structure and a ring seat. The body is divided in two halves, separated by a baffle. In manual valves, the baffle has an opening where a movable plug is used to operate the valve. This plug connectswith a stem which uses a screw-like handwheel for opening or closing the valve. Automated valves have smooth stems and are operated by an actuator assembly.

It is the disk which controls the flow. It can be completely removed to allow passage and inserted to stop it. In this way, a globe valve is pretty effective as a isolation and throttling device. Because its functioning is dependent on the pressure exerted on the disc, their size is fairly standard. Large globe valves are rare because it would take a lot of pressure for a large valve to be operated.

Parts of the globe valve:

Body: The body of the valve contains all the main internal parts, forming the mass of the valve. It has ports that allow the flow of the fluid or gas in or out of the valve. The globe valve typically has two ports. The ports can be in a straight line or at an angle. The shape of the body determines the type of the valve. Globe valve manufacturers in India make three types of valves — tee pattern, angle and Wye pattern. These are explained in detail below.

Stem: The stem connects the actuator to the valve’s inside. Its main function is to transmit the actuation force. Actuator controlled valves or automatic vales have smooth stems surrounded by packing material. The packing material prevents leaking and has to be replaced during maintenance. Manual valves have threaded stems.

Disk: The disk forms the closure system of the valve. Connected to the stem, the disks move up or down to control the flow. Plugs are either balances or unbalanced. Unbalanced plugs have a simple design that is used in case of low pressure drops. Balanced plugs have holes. These are easy to shut off.

Also known as Z-body, this is the most common type of globe valve. It has a Z-shaped diaphragm and a T-shaped body. The disk moves perpendicular to the main horizontal body when the valve is opened or closed. The coefficient of flow is the lowest in this design, while the pressure drop is pretty high. This makes them preferred in devices where we need a strong throttling action. It is ideal for devices where pressure is not an issue and throttling is the priority.

The angle pattern works by a simple twist to the basic tee pattern. The ends of the valve are at a 90 degrees angle. The fluid follows this angular turn. The outlet pipe is usually angles downwards, allowing the fluid or slurry to drain off. This reduces the chances of clogging. The coefficient of flow is lower than Y-pattern globe valves. The angle pattern is ideal where the flow is irregular or has a pulsating flow.

Also known commonly as Y-pattern, these valves are used when the pressure drop is not as high. The disc here is angles at 45 degrees to the seat, offering least resistance to the flow. The Y-shape is also more effective in draining out the fluid inside. One of the biggest advantages of the Y-pattern is that it can be opened up for maintenance without the fear of erosion. These valves are commonly found in seasonal operations.

These are the different types of globe valve manufacturer in India. You can select one that suits your requirements.