Member Rating
Curriki Rating2/3.0
On a scale of 0 to 3
More Actions

The concept of ethics involves standards of conduct. These standards help to distinguish between behavior that is considered right and that which is considered wrong. As we all know, it is not always easy to distinguish between right and wrong, as there is no universal code of ethics. For example, a poor farmer clears an area of rainforest in order to grow crops. Some would not oppose this action, because the act allows the farmer to provide a livelihood for his family. Others would oppose the action, claiming that the deforestation will contribute to soil erosion and global warming. Right and wrong are usually determined by an individual's morals, and to change the ethics of an entire society, it is necessary to change the individual ethics of a majority of the people in that society.

The ways in which humans interact with the land and its natural resources are determined by ethical attitudes and behaviors. Early European settlers in North America rapidly consumed the natural resources of the land. After they depleted one area, they moved westward to new frontiers.

Their attitude towards the land was that of a frontier ethic. A frontier ethic assumes that the earth has an unlimited supply of resources. If resources run out in one area, more can be found elsewhere or alternatively human ingenuity will find substitutes. This attitude sees humans as masters who manage the planet. The frontier ethic is completely anthropocentric (human-centered), for only the needs of humans are considered.

Most industrialized societies experience population and economic growth that are based upon this frontier ethic, assuming that infinite resources exist to support continued growth indefinitely. In fact, economic growth is considered a measure of how well a society is doing. The late economist Julian Simon pointed out that life on earth has never been better, and that population growth means more creative minds to solve future problems and give us an even better standard of living. However, now that the human population has passed six billion and few frontiers are left, many are beginning to question the frontier ethic.

Some of those still subscribing to the frontier ethic suggest that outer space may be the new frontier. If we run out of resources (or space) on earth, they argue, we can simply populate other planets.Â This seems an unlikely solution, as even the most aggressive colonization plan would be incapable of transferring people to extraterrestrial colonies at a significant rate. Natural population growth on earth would outpace the colonization effort. A more likely scenario would be that space could provide the resources (e.g. from asteroid mining) that might help to sustain human existence on earth. 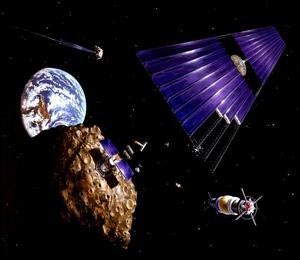 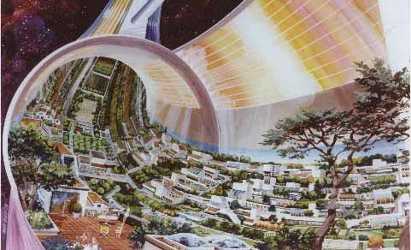