Validation of psychological tests has not yet been adequately conceptualized, as the APA Committee on Psychological Tests learned when it undertook (1950-54) to specify what qualities should be investigated before a test is published. In order to make coherent recommendations the Committee found it necessary to distinguish four types of validity, established by different types of research and requiring different interpretation. The chief innovation in the Committee's report was the term construct validity. This idea was first formulated by a subcommittee (Meehl and R. C. Challman) studying how proposed recommendations would apply to projective techniques, and later modified and clarified by the entire Committee (Bordin, Challman, Conrad, Humphreys, Super, and the present writers). The statements agreed upon by the Committee (and by committees of two other associations) were published in the Technical Recommendations. The present interpretation of construct validity is not "official" and deals with some areas where the Committee would probably not be unanimous. The present writers are solely responsible for this attempt to explain the concept and elaborate its implications.
↓http://psychclassics.yorku.ca/Cronbach/construct.htm 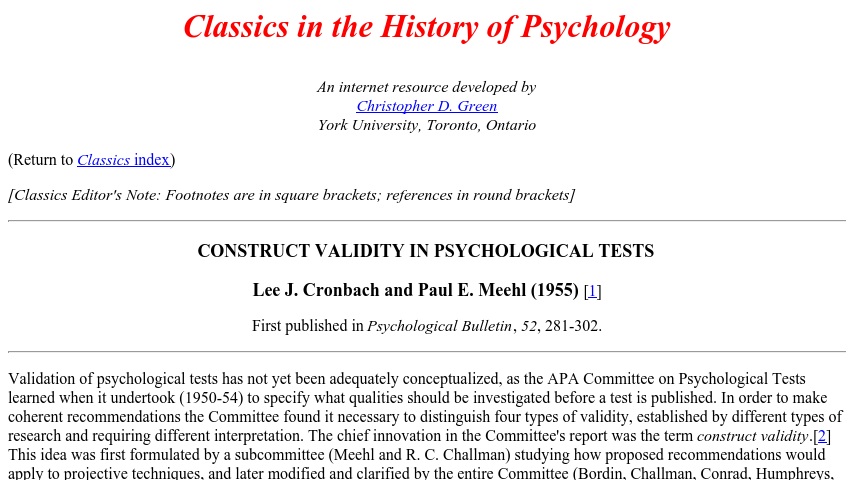