Galileo's contemporaries as well as today's students have difficulty understanding relative motion. We hypothesize that the construction of visual models, resolution of these visual models with numeric models, and, in many cases, rejection of commitments such as the belief in one ldquotruerdquo velocity, are necessary for students to form integrated mental models of relative motion events. To investigate students' relative motion problem solving, high school science students were videotaped in classroom and laboratory settings as they performed collaborative predict-observe-explain activities with relative motion computer simulations. Half of the students interacted with simulations that provided animated feedback; the other half received numeric feedback. Learning, as measured by a diagnostic test, occurred following both conditions. There is evidence that many numeric condition students used faulty mechanical algorithms to solve problems, while many animation condition students used mental imagery to solve problems. In this paper, interactions in which student involvement was visual model based will be contrasted with interactions in which involvement was algorithm based. Implications for pedagogy and educational uses of computer simulations will be discussed.
↓http://dx.doi.org/10.1023/A:1009480425377 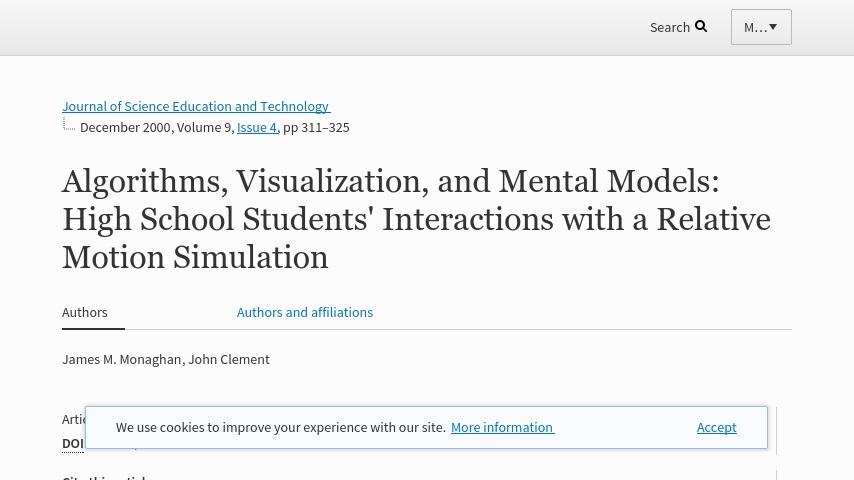