A Googol of Atoms? A Directed Case in Estimation and Large Numbers

Reviews - A Googol of Atoms? A Directed Case in Estimation and Large Numbers

Information - A Googol of Atoms? A Directed Case in Estimation and Large Numbers

What is a googol?  Invented by Edward Kasner, an American mathematician who popularized the number in his 1940 book, Mathematics and the Imagination, it is a 1 followed by a hundred zeros. This directed case in estimation and very large numbers was written for a college-level introductory astronomy course, although it could also be used in a variety of other courses in chemistry, planetary science, biology, and mathematics.
↓http://sciencecases.lib.buffalo.edu/cs/collection/detail.asp?id=304 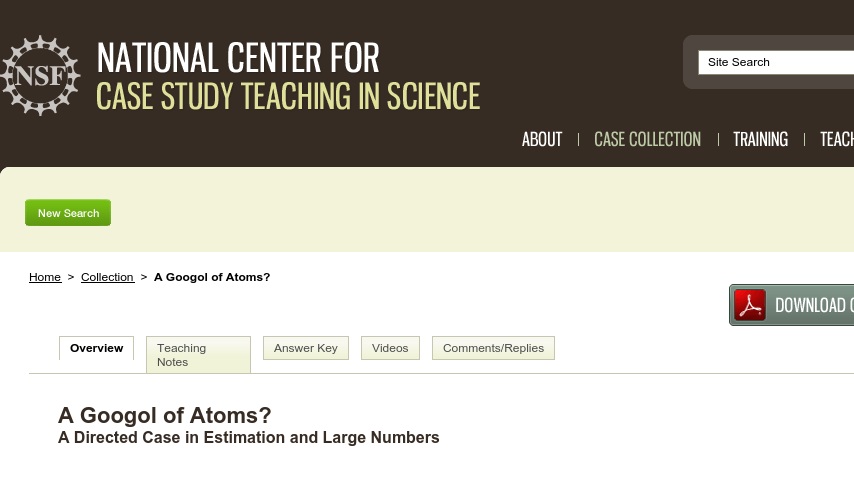