In this three-day simulation lesson, students explain the steps taken from party formation to national election. Harnessing skills gained from the Electoral Process lesson, students will act out the campaigning and voting process by simulating a real election in their own classroom.

Take a peek into the electoral process- from party primaries to the general election. Students will learn the distinctions between the popular vote and the Electoral College, and exercise their critical reasoning skills to analyze the differences between the presidential and congressional elections. Students will also contrast the various nomination processes and learn about the role of party conventions in American politics.

Students will draw connections between the process of choosing an elected official to vote for in Cast Your Vote and the work that elected officials do on behalf of their constituents in Represent Me.

Running for the presidency isn’t easy! In Win the White House, you get to manage your very own presidential campaign by strategically raising funds, polling voters, launching media campaigns, and making personal appearances. Keep a close eye on the map as you battle over electoral votes and popular support.

How to Become President of the U.S. Poster Lesson Plan   https://kids.usa.gov/teachers/lesson-plans/government/president/index.shtml

How to Become President of the U.S. Poster Lesson Plan 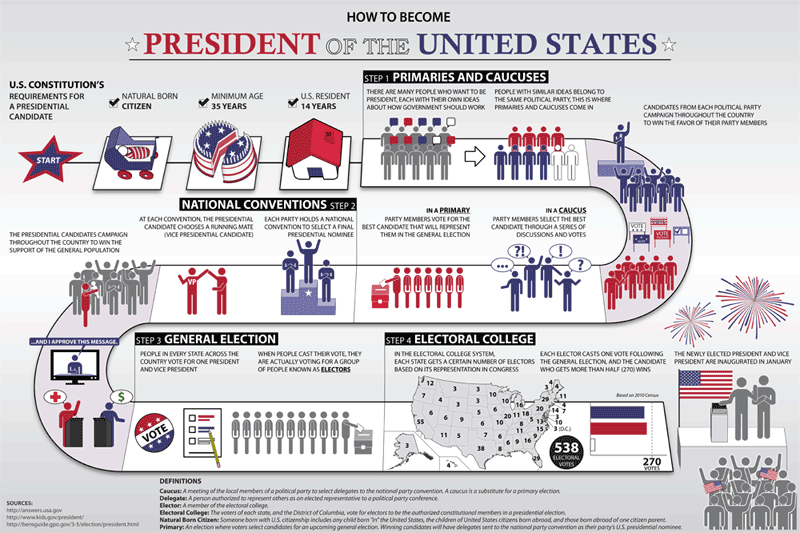