20 Years After: Life Beyond Communism in Central & Eastern Europe

Reviews - 20 Years After: Life Beyond Communism in Central & Eastern Europe

Information - 20 Years After: Life Beyond Communism in Central & Eastern Europe

What was life like for people twenty years ago in Eastern Europe? Certainly it was a time of great social upheaval, and the Transitions Online (TOL) organization has created this website to collect articles, essays, and videos related to the revolutions that unfolded in 1989 in Poland, Hungary, Czechoslovakia, Bulgaria, and Romania. The six primary sections on the homepage include "Features, "Recollections", "Where Are They Now?", "Countries", "Video", and "Timelines". The interactive "Timelines" area is a great way to start looking around on this site, and it includes chronological listings of key events in both the Soviet Union and Eastern Europe. Visitors can click on tags related to each event, and they may be curious to learn of lesser-known policies, like the so-called "Sinatra Doctrine", which was announced by Mikhail Gorbachev on October 25, 1989. Moving on, the "Recollections" area contains fascinating first-hand remembrances from people who were part of this historical milieu, like Michael Horacek, a ground-breaking journalist who experienced and wrote about the Velvet Revolution first-hand. Finally, the "Where Are They Now?" section offers written and visual updates on publishers, politicians, activists, and others associated with this period of revolution.
↓http://20years.tol.org/ 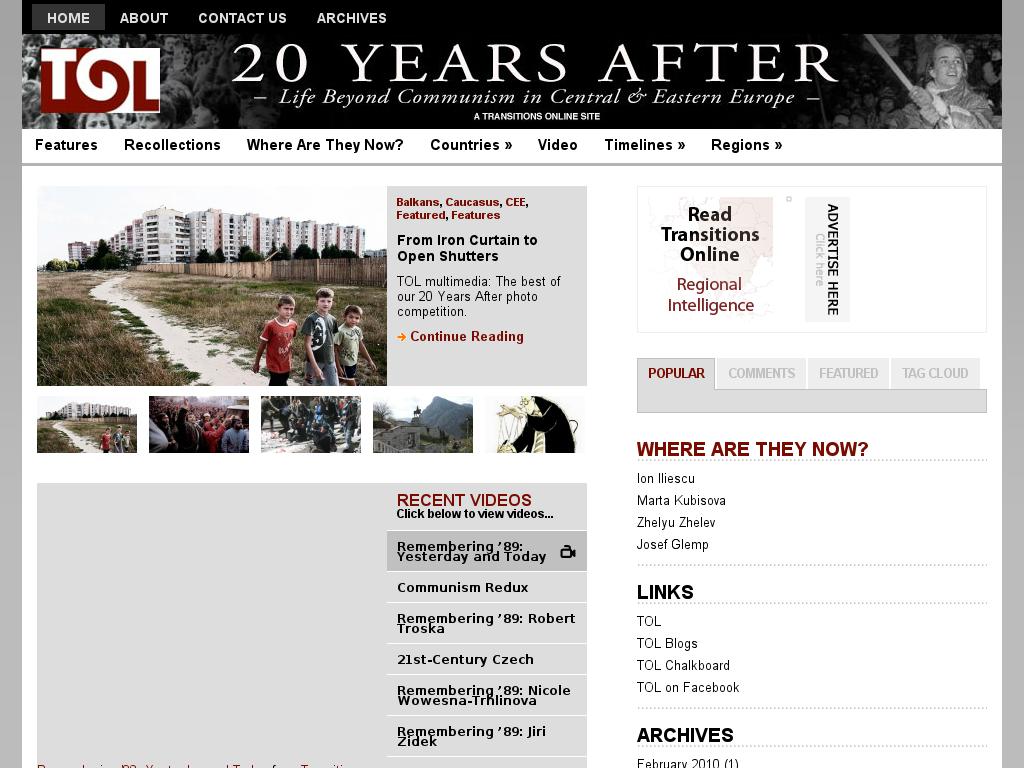