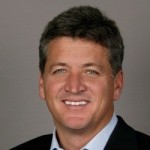 Prior to joining Microsoft, Nelson led strategic planning of telecom services for the University Librarian at Stanford University, and before that, he was a Director at Sun Microsystems where he also served as acting Executive Director of the Global Education & Learning Community (GELC, now known as Curriki) where he managed the creation of GELC as an independent nonprofit corporation.

Before joining Sun, Nelson was Vice President of Sales, Marketing, and Finance at SchoolCity.com, and CEO of the Decision Development Corporation (DDC), a privately held educational software publisher.  Before entering the technology industry, he grounded his business skills at General Foods, Procter & Gamble, and Bloomingdale’s.

Nelson is Secretary and Treasurer of the Curriki Board of Directors and a past member of the NEA Foundation Board of Directors, SIF Executive Board, and SPA Education Board.  He earned a Masters in business administration from Cornell University and a Bachelors degree from Vassar College.